The agricultural-forestry complex of Ginezzo is owned by the Region of Tuscany, and has been entrusted to the cooperative La Fabbrica del Sole for 15 years. It consists of about 300 hectares of land in the mountains above Cortona (AR), between the Chiana Valley, Lake Trasimeno, and the Valtiberina, with the typical landscapes of Piero della Francesca: it is the mid-point between Rome, Perugia, Siena, and Florence.
There are four main buildings made of stone, along with a swimming pool and six small themed houses (ceramics, medicinal plants, children’s games, etc.), an aviary covering one hectare, an abbey from the 1200s abandoned in the woods, the remains of camps for children from the 30s, and many trails you can take on foot or by bike. The estate absolutely prohibits hunting and picking flowers (there are the last vestiges of some nearly extinct flowers) and it is crossed by Sentiero 50 that leads from Passignano in Chiusi della Verna (Hermitage of San Francesco). It passes over Portole, Monte Sant’Egidio, Montecchio, the Val di Chio, Castiglion Fiorentino, Alpe di Poti, over Arezzo and il Casentino, and at certain points, it crosses a paved Roman road with breathtaking views.
The etymology of Ginezzo is not clear. It could be a reference to ‘ginestre’, or brooms, which were very abundant on site, or it could come from ‘gineceo’, or gynaeceum – part of a building set apart for women in ancient Roman houses – as a result of fertility cults and local matriarchal communities.
The network of trails is extensive and impressive: in addition to Sentiero 50, there are paths for the discovery of Etruscan monuments and important Etruscan locations preserved by the Etruscan Academy Museum of Cortona, or those that lead to abandoned villages such as Tornia, as well as unmissable wine and food tasting itineraries. 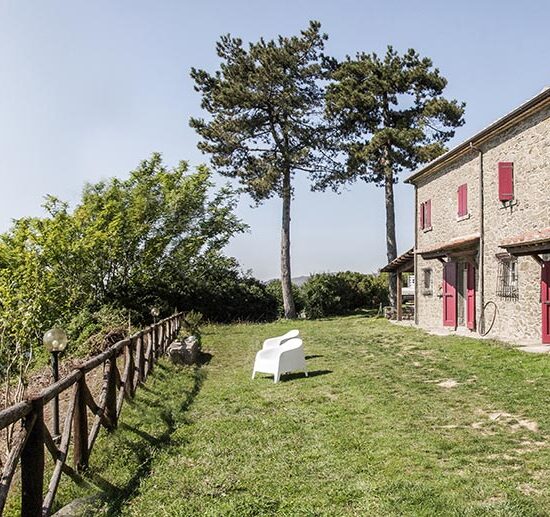 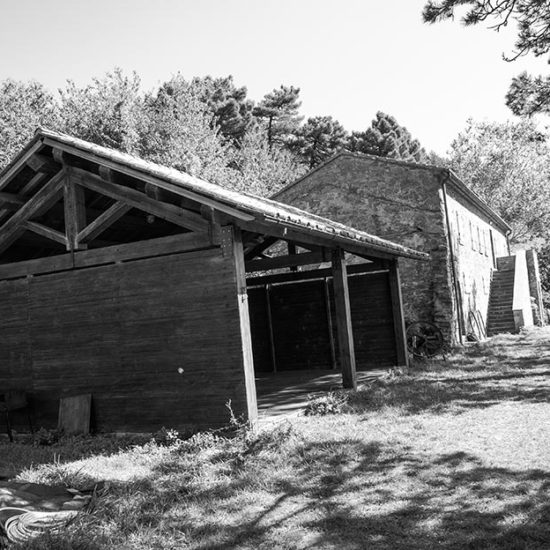 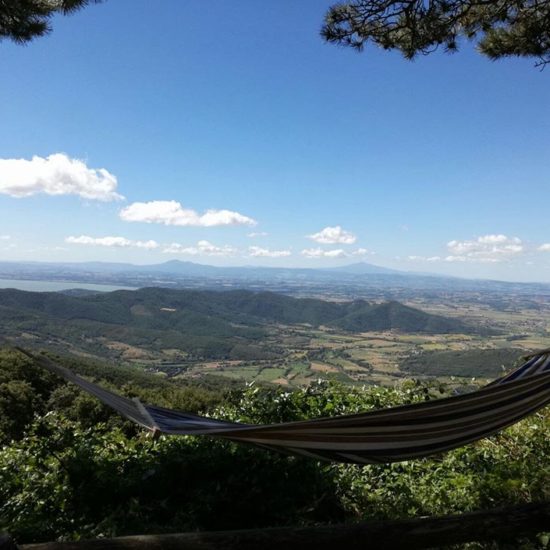 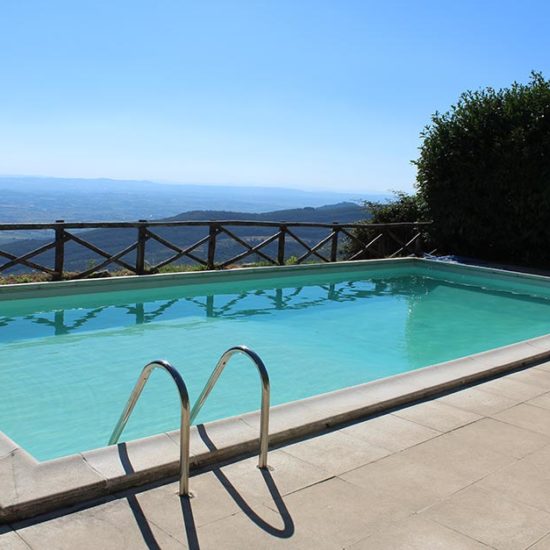 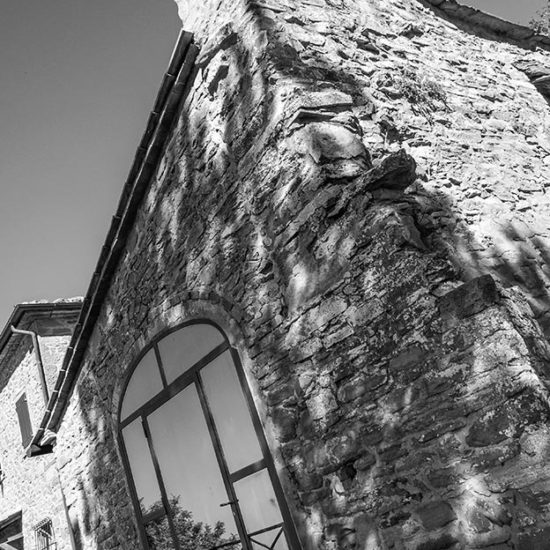 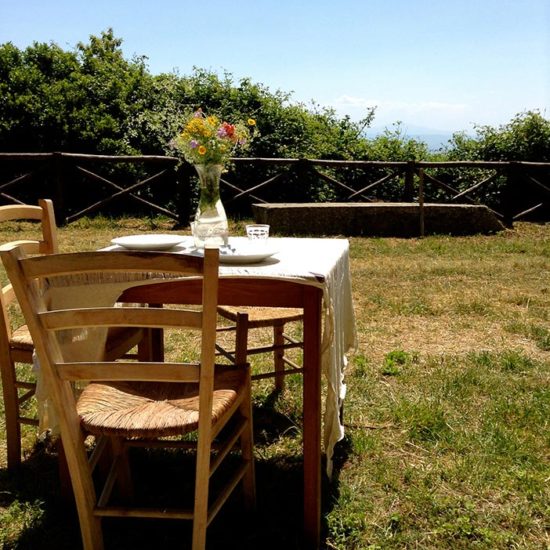 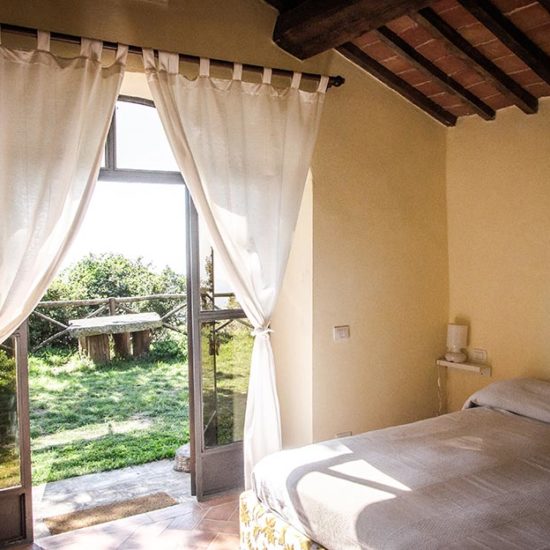 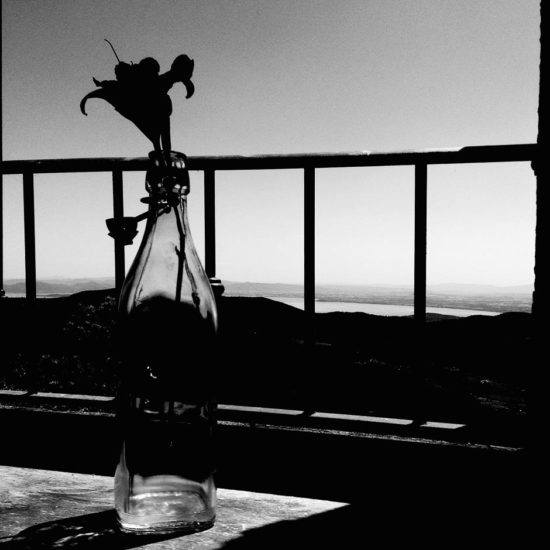 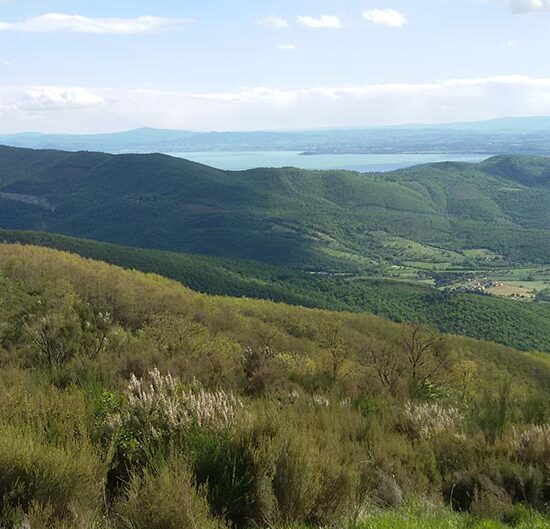 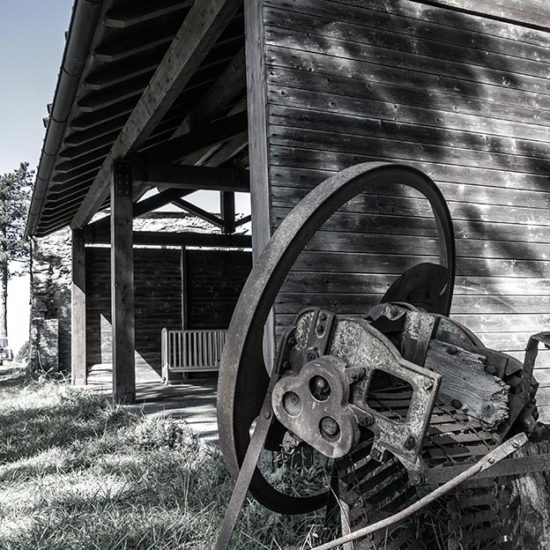 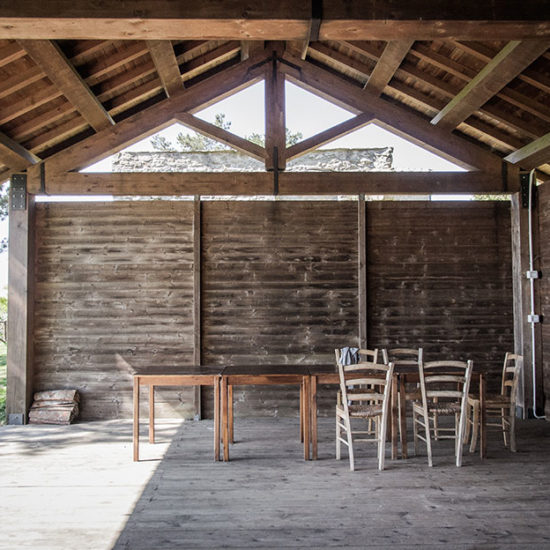 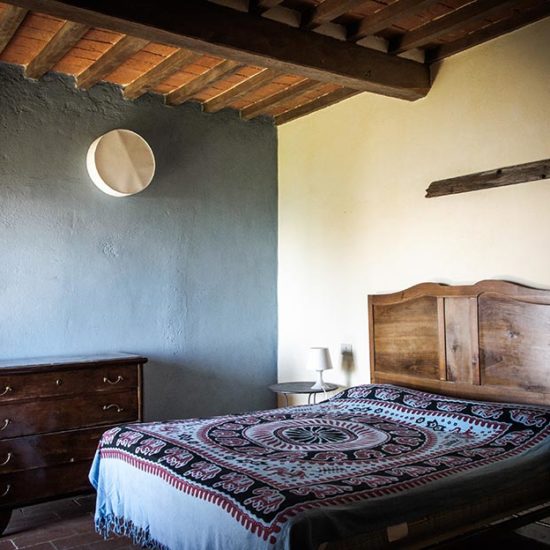 The Farm is the name given to the first stone building. It is close to the pool and has a wooden porch for breakfast or aperitifs. It has two floors: the upper floor with three spacious bedro7oms and two bathrooms, and the lower with a room with bathroom (handicap and stroller accessible from the ground floor), a kitchen, and a dining room with a fireplace and a lounge. In front, there is a perfectly sunny lawn area overlooking the Trasimeno, the Val di Chiana, and the Fortress of Girifalco Cortona.

Near the Farm, the Annex is a single-story stone cube with a double bedroom, a stove, and a bathroom. It is ideal for two people, with views across the plains and surrounding woods.

On the opposite side of the property from the Farm is ‘The Shelter’. The ground floor has a large hall for lectures, meetings, movies, and dinners. It houses the offices of the Off Grid Academy and the Emporium of the Academy, plus a bathroom. Upstairs there are three large rooms with bunk beds for a total of 18 beds, three bathrooms, a kitchen and a living area with a fireplace for breakfast, and a wonderful view.

A large structure made of interwoven timber on the south side towards the valley with exceptional view, this building is ideal for relaxation, yoga, outdoor lessons, and more.